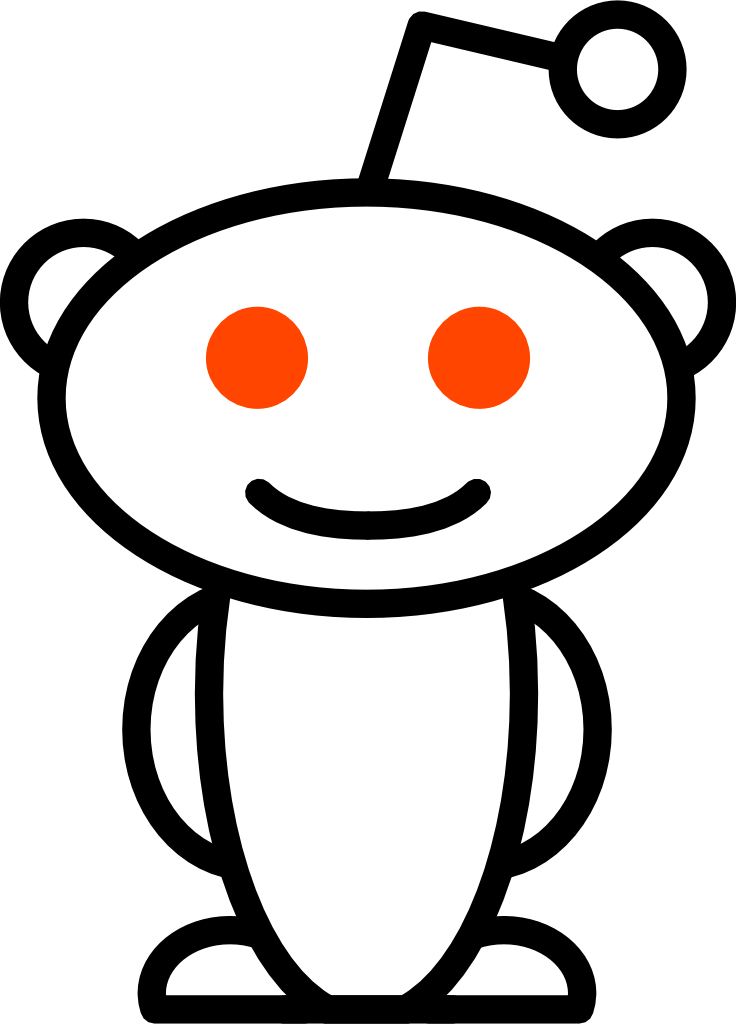 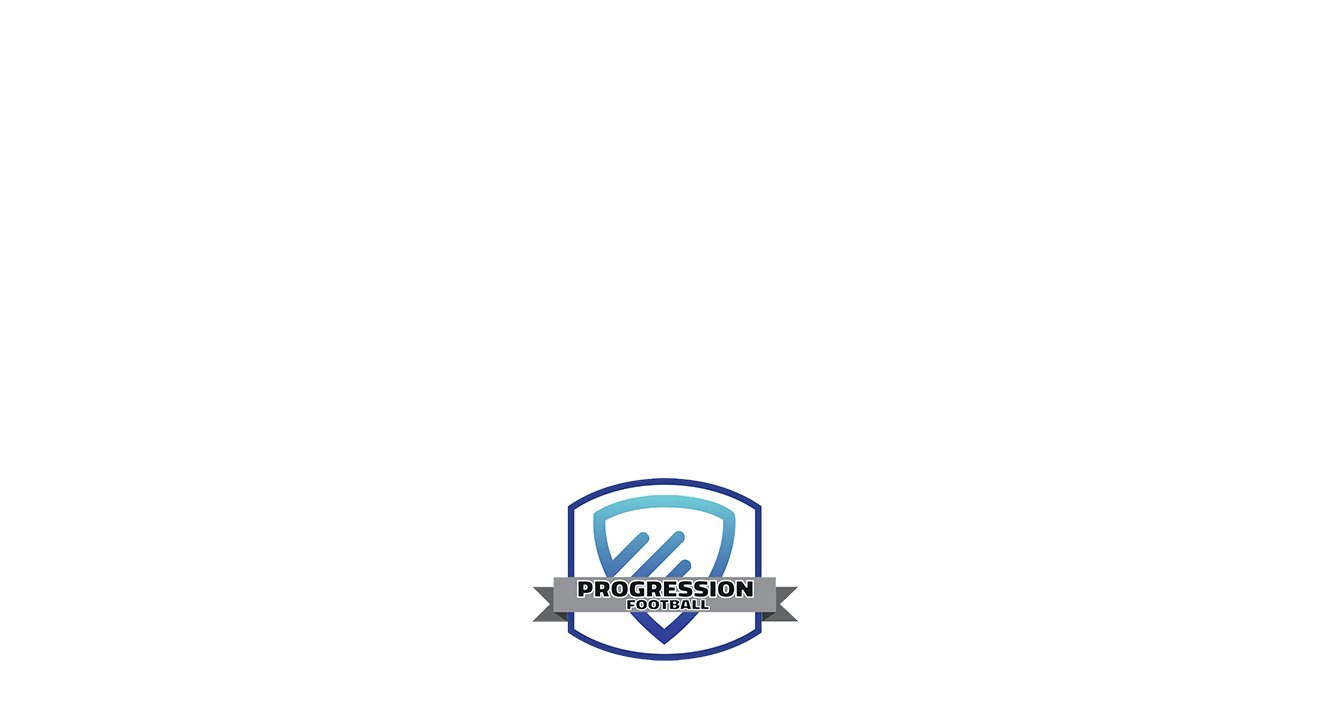 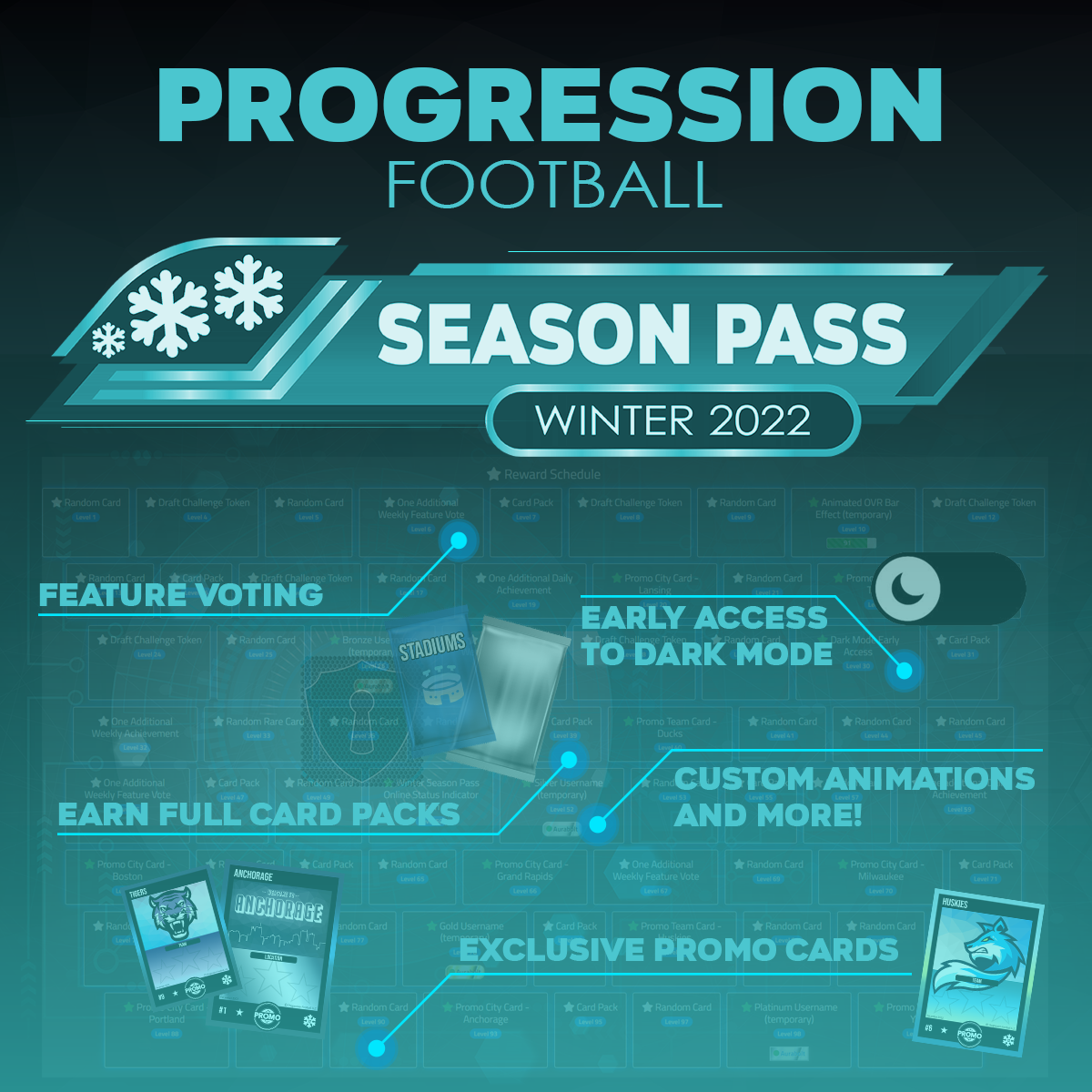 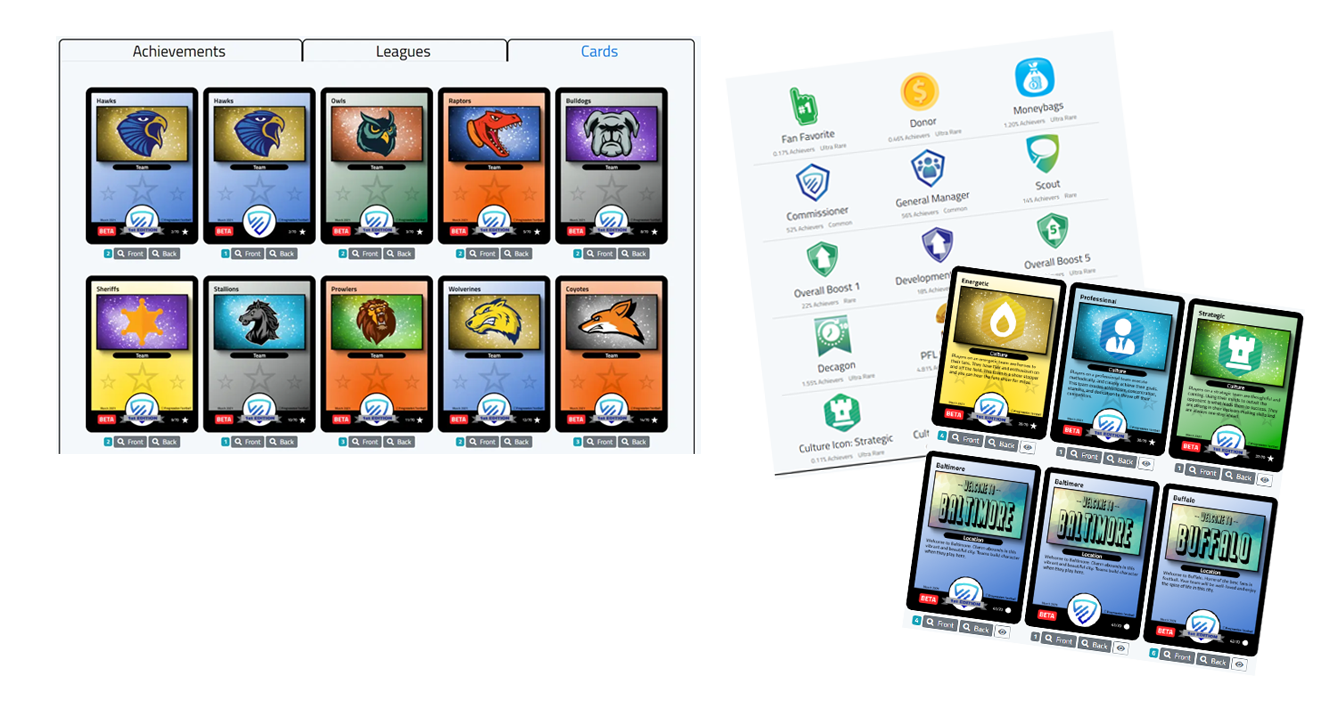 Simulate games against rival teams to grow over time! Progress and regress each year depending on your team's unique situation.

Win the PFL Championship and become a football dynasty!

Progression Football is an American football simulation game based on the NFL.

Users can create or join a league, and then optionally manage one of the teams in the league. As a manager, users control roster management, depth charts, player contracts, rookie scouting, rookie drafting, and team strategy. Teams that are not managed by a user will be managed by the CPU.

Wherever possible, CPU teams will obey the rules that would be applied to human players. For example, if a CPU team has rookie scouting level 0, they will probably have a poor draft. This overall concept was a major inspiration for creating Progression Football, as other football simulation games resorted to the CPU cheating to keep up with human players.

The goal of each coach is to successfully perform the roles of General Manager and Head Coach over multiple seasons to build a football team into a legendary franchise!

Progression Football is free to play. Not pay to win. Everyone is on an equal playing field.

Unlimited multi-player options with up to 32 players per league! Server-side simulation engine to progress and save changes over time.

You can earn trophies by accomplishing objectives such as winning championships, building your team, collecting cards, or completing certain tasks. Collect rare trophies, display your achievements, and outshine the competition.

Register for free to create your first leage and manage your team! Build your roster and simulate multiple seasons to win the PFL Championship and build your team into a legendary football dynasty!

Check out some screenshots from Progression Football! 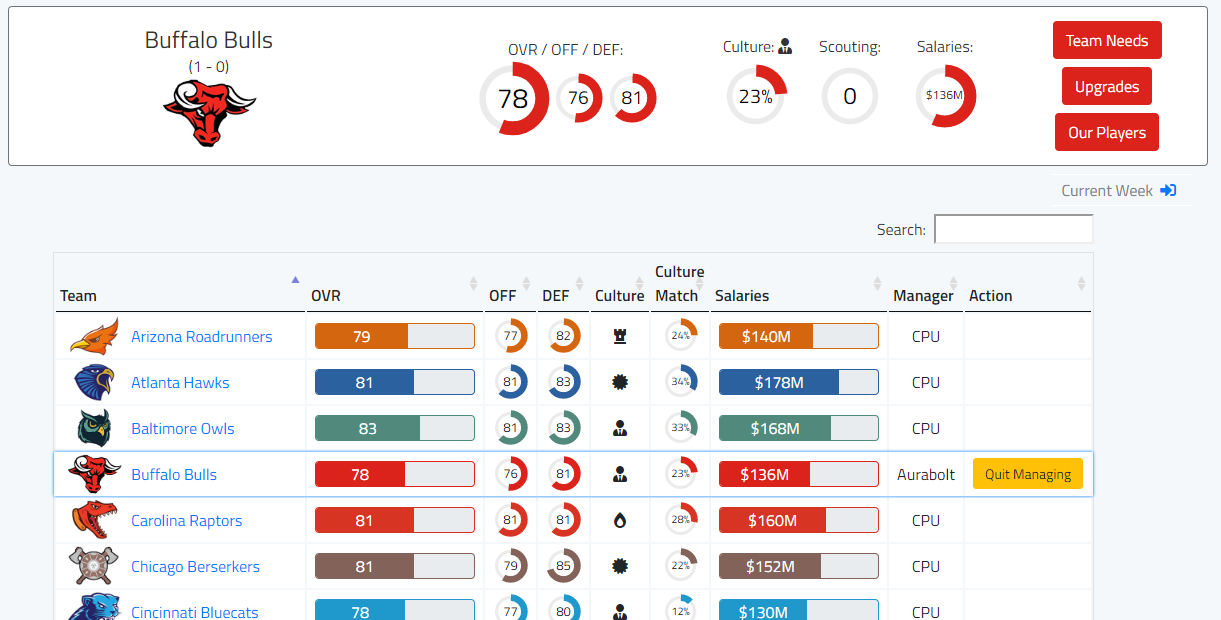 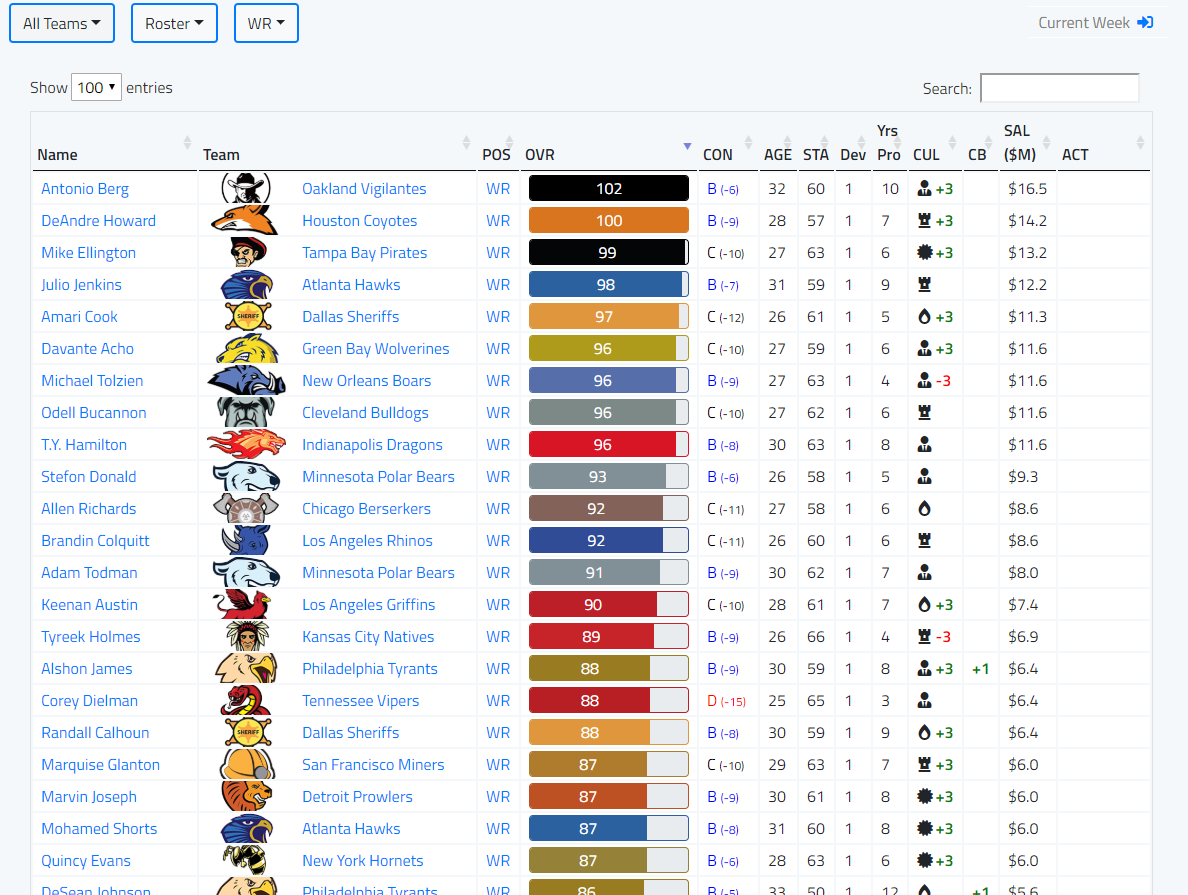 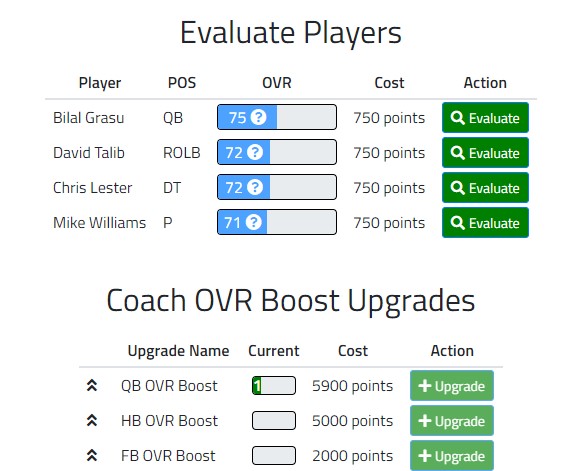 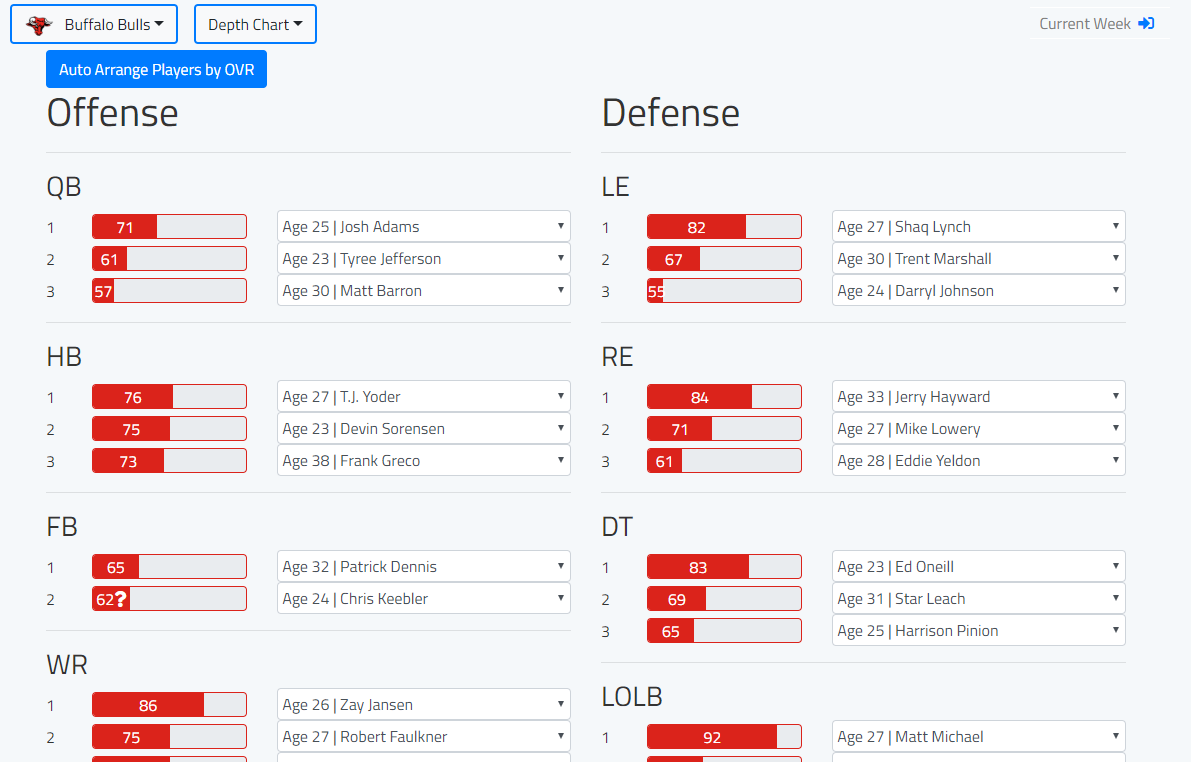 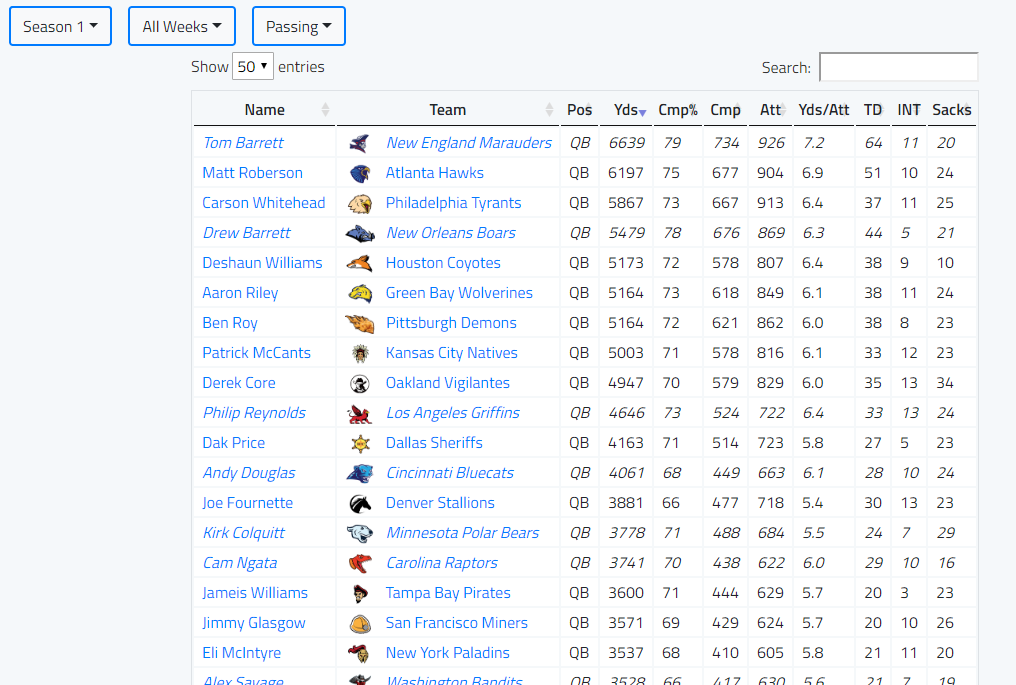 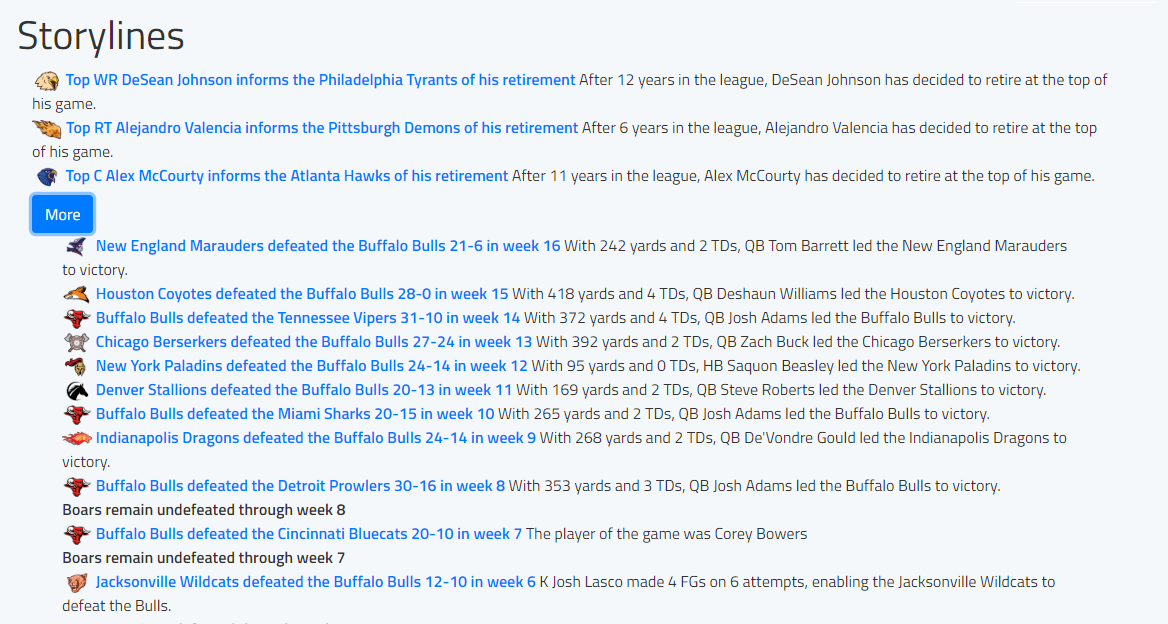 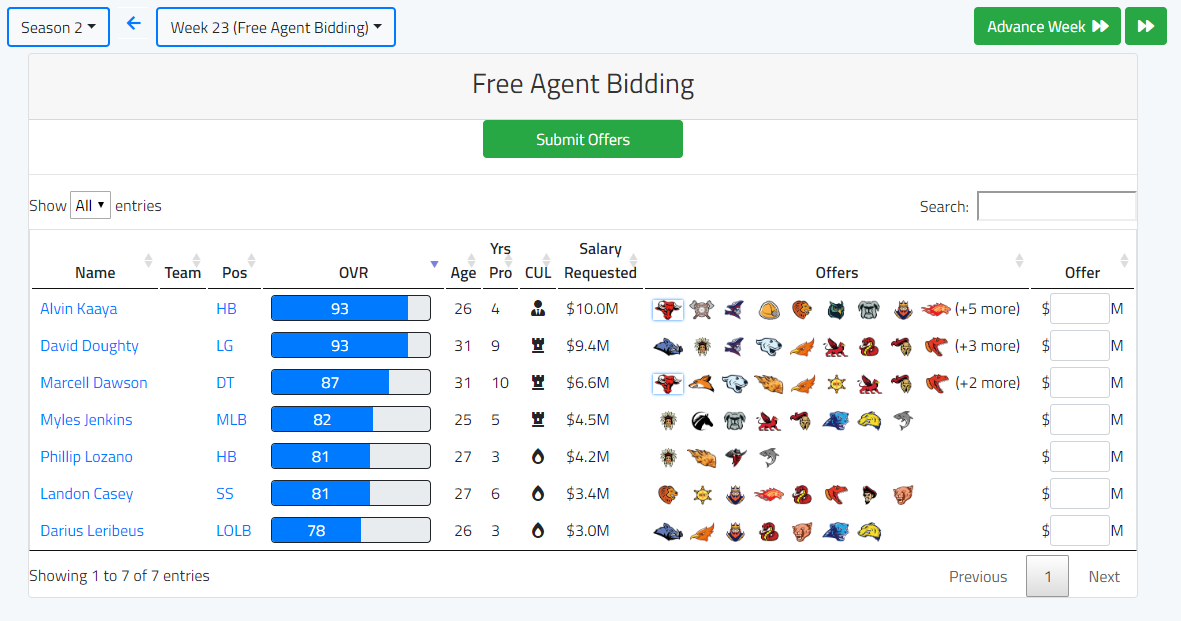 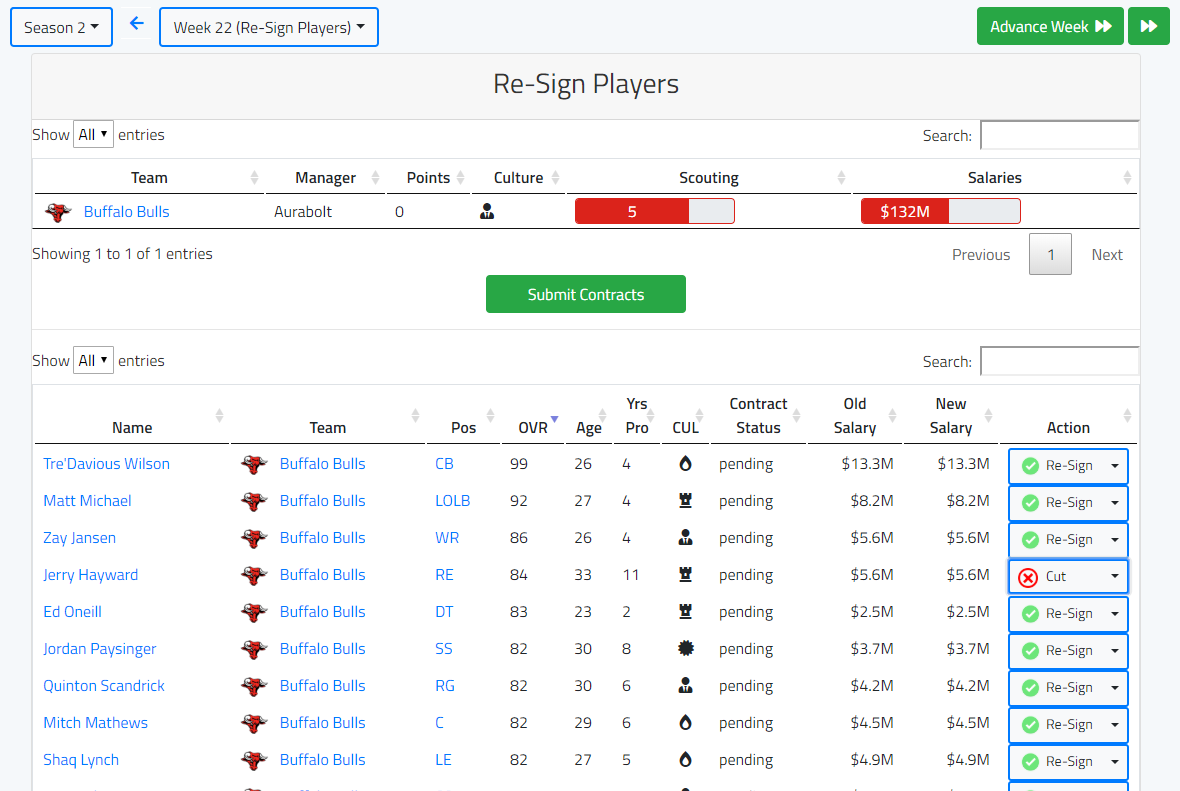 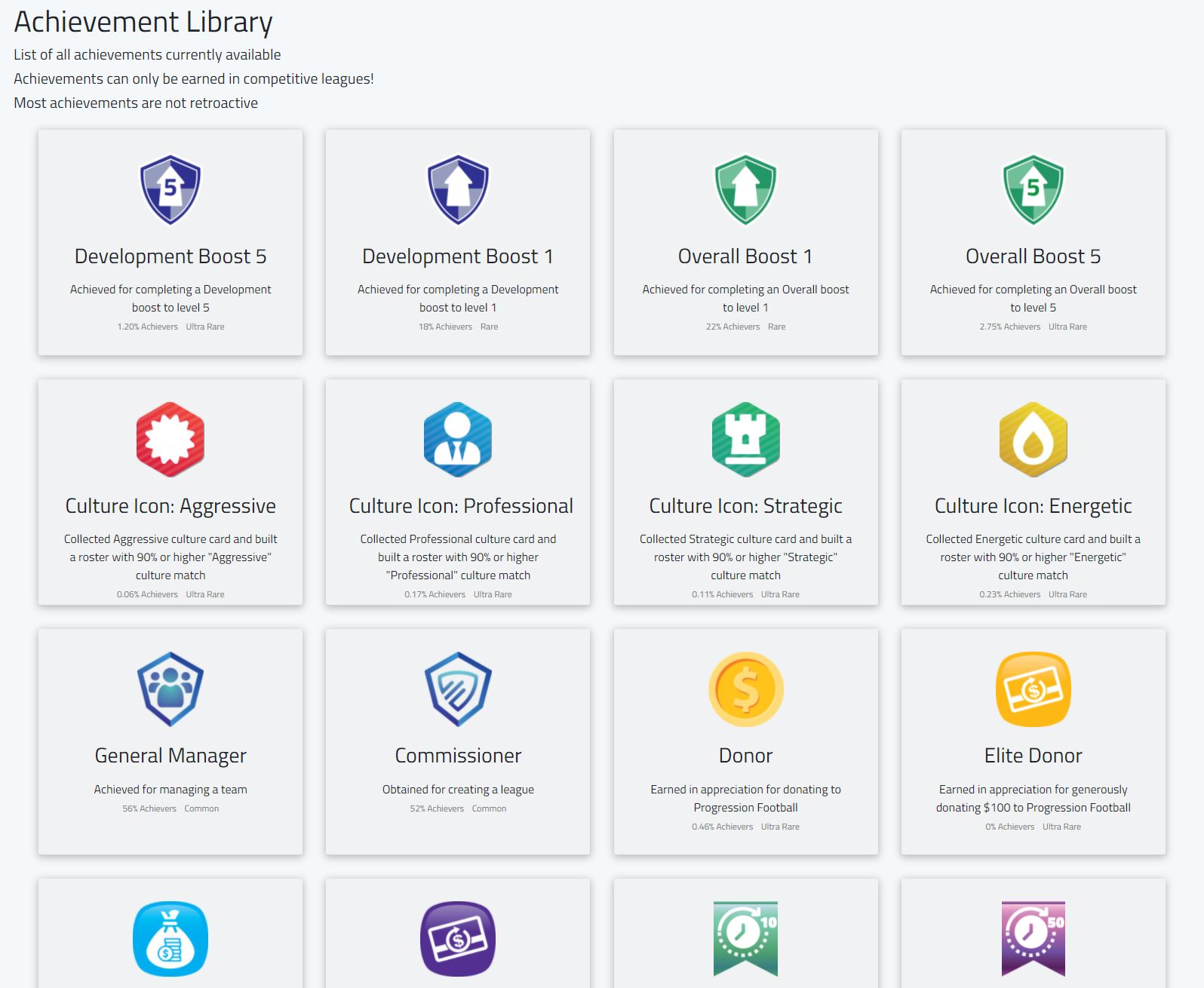 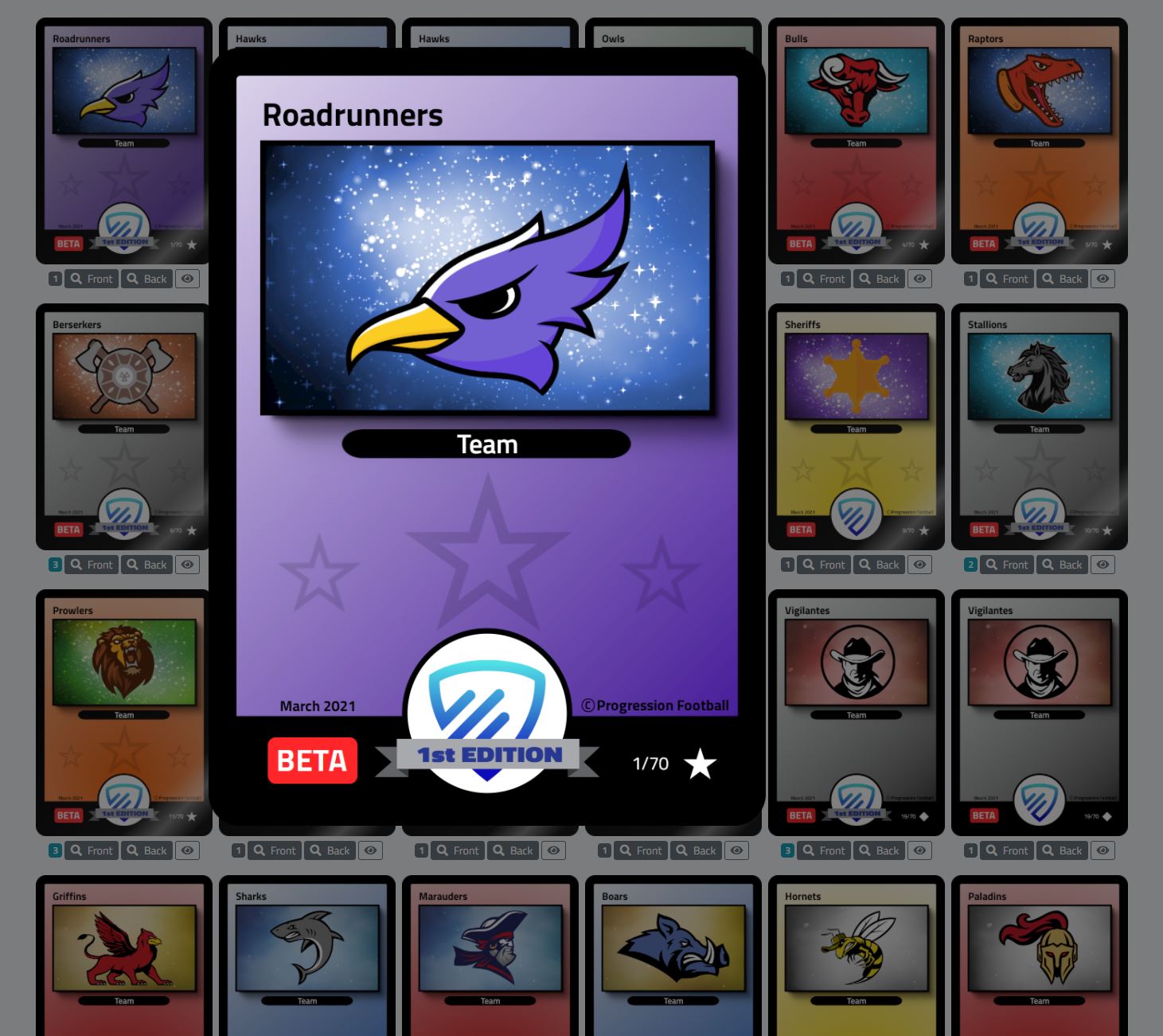 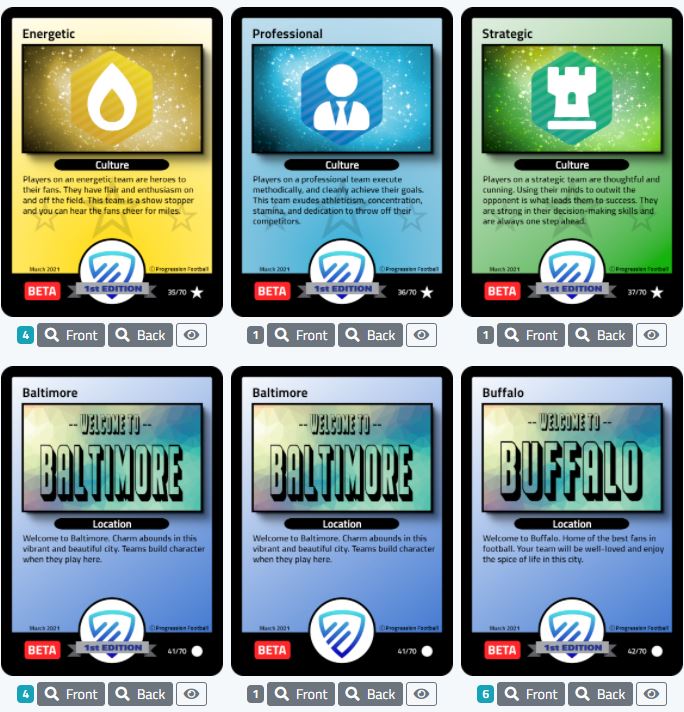 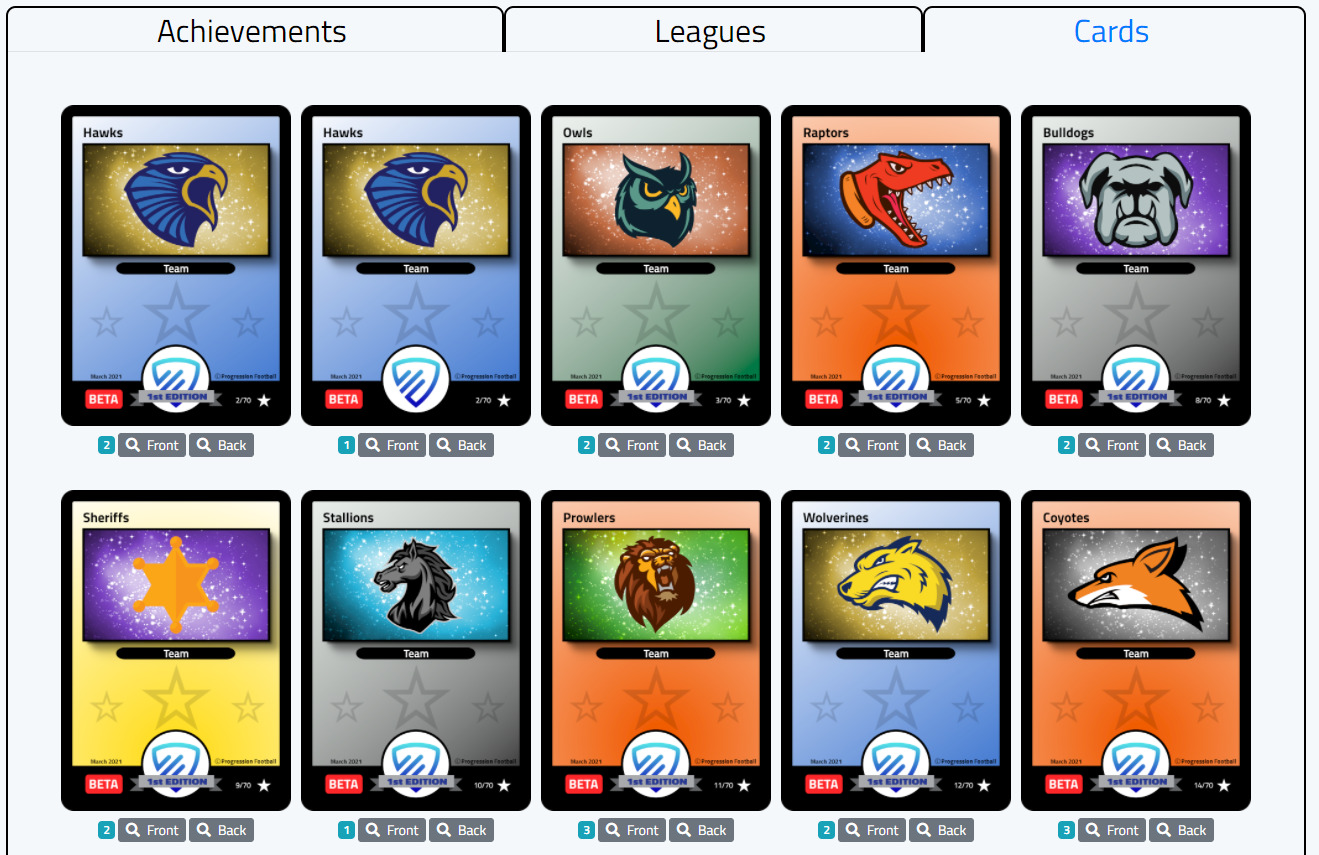 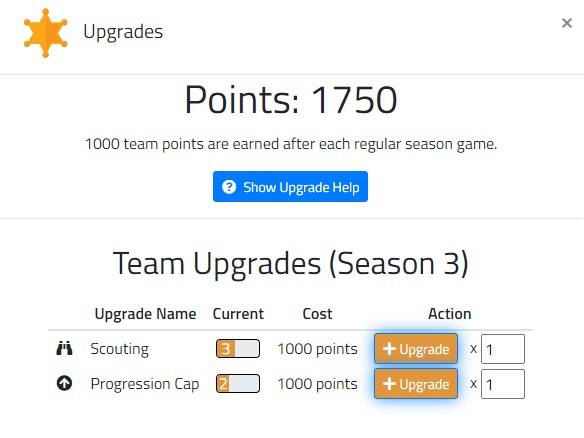 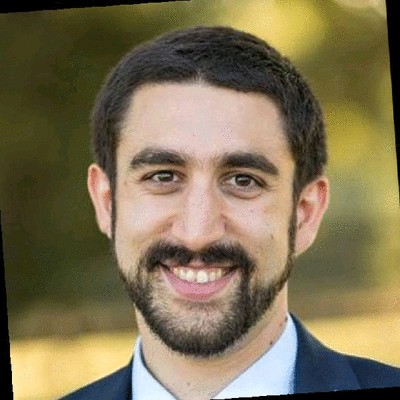 Progression Football is designed and developed by Jeff Mueller. Jeff is an IT systems engineer and a lifelong football fan. He created Progression Football to fill a gap in football simulation games and he is continuously updating and improving the game. If you enjoy this free game, please consider Donating via PayPal, or buying some cool stuff at the Store to help pay for server hosting costs necessary to keep the game running!